Intraday traders are seeing a big opportunity to trade in these volatile times and  using Open Interest data in conjunction with other indicators, the profitability of such strategies can go up substantially.

In a previous article, https://www.plindia.com/blog/resistance-and-support-with-oi-data/, we had talked about how OI data can help traders devise trading plans using these important levels as “tipping points”.

The reason intraday traders should use these more often than others is that such levels can often accelerate momentum in a direction – and traders may make a quick return on trades – as heavy money is behind protecting such levels.

Also, the use of technical indicators is sometimes an issue –

1) These given delayed signals to a trader and by the time you enter the trade, the trade may have lost its momentum.

2) The overall market direction may influence stock price movements and traders get caught on the wrong foot as price levels shift.

Using OI data gives much more stability as these allow the trader to enter with a plan – irrespective of the overall market trend, important OI levels will be  respected and give the trader some time to decide the next steps or adjust stop loss levels and so forth.

Evidence of such action:

August 3, 2019, was a volatile day – it came on the back of a Fed announcement, already weakish markets and most importantly, a close way below the 200 DMA with a gap down which then we recovered from.

In such a situation, a typical intraday trader may have been caught on the wrong foot – However, using OI data may have helped substantially.

We have presented below some charts, selected randomly, to show how the price action evolved on  this day , using 1 hour charts, just to illustrate the principles:

CHART 1:  HDFC Bank faces resistance at the Max Call level , then fluctuates for some time around its Max Pain Area – before breaking down and hitting the Max Put OI level and then recovering from there after spending some time consolidating.

There were two clear trades for a trader :

1) The minute  the first break towards max pain came from the Call OI levels, and the traders indicators flashed red, one would have  been short with an SL in the Max Pain area and when the max pain levels broke, it means the Put OI could have been next target.

Trade 2: The stock begins to retrace from the Max Put OI levels and one could have been long as soon as the Daily Support also comes into play. 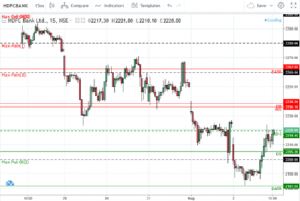 Chart 2: ICICI Bank is much simpler – Hits Call OI – go short on confirmation and then hits Put OI and begins retracing from there towards the max pain area. Again 2 good intraday trades

Trade 3: Infosys hits Call OI – go short – and then reaches the Max Put levels after a dip below. Remember that the Put OI will act as support so any breaches below it are highly likely to retrace but do keep a watch over what pivots tell you. 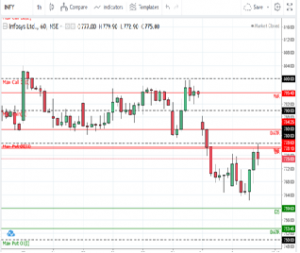 Remember however that the derivatives market has serious money behind it and often gives powerful insights into important levels – especially for intraday traders as these levels dont shift quickly.

We advise noting down  these levels prior to market start or using a software that provides such information to have a profitable trading session, each day of the year!

Read Reference Link Below for more on OI:

Resistance and Support with OI Data